In 1960, the Kiwanis Club of Vancouver Island had a dream, and with great vision, built what was known then as the Kiwanis Camp. Over the years with the generous support of Island Kiwanis Clubs and huge commitment by Cowichan Lake members, the Kiwanis Camp became a popular destination for organized summer experiences for youth and adults

The Canadian Diabetic Association and the Lions Easter Seal called the camp home for specialized summer sessions for a number of years before a transfer of the Crown Lease was made to the local School District 66 in 1988.

For the next eight years, until 1996, the School District operated the Centre as an outdoor education and conference facility attracting school groups, conferences and seminars to build a customer base that generated economic opportunities for the community. As well, a business plan was developed at that time to improve and update the grounds and facilities to attract a more diverse base of user groups.

In 1996 when the amalgamation of School District 66 and School District 79 was imminent, the School District transferred the Crown Lease to the Town of Lake Cowichan for one dollar complete with assets. With the support and encouragement of elected School Boards and Councils, the Cowichan Lake Outdoor Education Centre continued to play a unique role in community development projects by securing grants and private funding over time of approximately 2 million dollars to create and improve attractions for the Cowichan Lake area. Short and long term job opportunities for approximately 200 people have been created throughout the years as a result of initiatives by the Centre and Job Creation Programs which have and continue to fill an important social and economic role for our community.

In 2002 the Town acquired a free Crown Grant for the approx 50 acre parcel of land that makes up the Centre and Lakeview Park, and, as well, a 100 metre strip of waterfront that connects Lakeview Public Beach and Campground to the Cowichan Lake Outdoor Education and Conference Centre.

The acquisition of these properties by the Town, even with stabilizing restrictive covenants, is significant for a number of reasons. First and foremost, is that this public ownership and legacy for future generations helps to protect the foreshore of Cowichan Lake, and secondly, the public have access to the lake, a beautiful forest walking trail and the longest floating walkway on Vancouver Island.

“The care and service are outstanding. The Staff are warm and friendly, remembering us from visit to visit and making our group feel at home.”

“The beautiful view through the large windows of the Grand Hall invite us to get outside to explore the shore of Cowichan Lake, walk on the board-walk, observe wild-life, go swimming and kayaking, hike through the rain-forest or cycle the Trans Canada Trail.”

“The location is ideal, providing the privacy we need, but being close to town. Set right on the lake, in the middle of lush forest, the centre has been our summer facility rental for over ten years.”

“The rooms were clean, warm and cosy; the meals were lovely – truly, a taste of home. We had a productive meeting and a great stay and would recommend the facility to other groups.”

“The Juan De Fuca Trail, the open ocean, the famous Botanical Beach tide-pools, and the Carmanah Valley Big Trees are all within easy driving distance for field trips. The staff are so welcoming and willing to help us with finding resource people or letting us do our own thing. What a wonderful home away from home.”

“Program Organizers very successfully customize a diverse range of options including waterfront activities, teambuilding challenges, crafts and environmental awareness pursuits. Our students have fun and finish the year off with wonderful memories!”

I was fortunate to work on a Job Creation Program at the Centre. I was able to share some of my skills and I also learned a great deal from other participants and how effective we could be as a team. Thank you for the opportunity.”

“The pristine forested and outstanding waterfront location provides opportunities to connect with the outdoors, and the superb meals and comfortable sleeping facilities compliment the experience.”

“Our retreat participants love the meals!  The dishes presented get plenty of complements both in presentation, variety, and homemade quality.”

“The venue was absolutely perfect, with a variety of trails, a lake beach and indoor facilities for lectures/discussion. Thanks CLEC for making possible the nicest small conference facility one can imagine.” 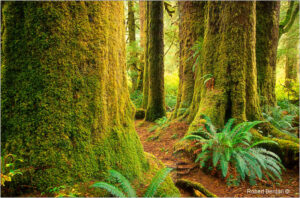 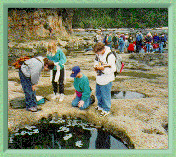